Chery accepted the award at a summit on the overseas image of the Chinese enterprises on December 12 in Beijing.

Chery attributed its winning the award to its outstanding reputation developed through unremitting overseas operations.

In 2018, Chery greatly enhanced its brand image and influence through a series of marketing campaigns and the launch of new products.

For example, in June, Chery invited fans from all over the world to embark on a “journey to FIFA World Cup Russia” to experience the charm of the event.

In October, Chery hosted the first gala for the global fans to appreciate the Chinese culture and Chery’s culture. 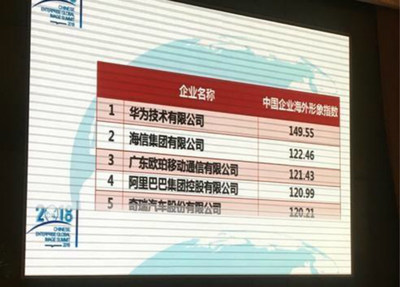 The series of marketing campaigns launched by Chery this year have greatly enhanced the global consumers’ recognition of the Chinese automobile brand, shoring up its exports.

With its business presence in more than 80 countries and regions, Chery said it will continuously strengthen innovation to enhance its competitiveness worldwide. COVID-19 Likely to Exact a Heavy Toll Among the Malnourished, Sick, and Poor in Africa